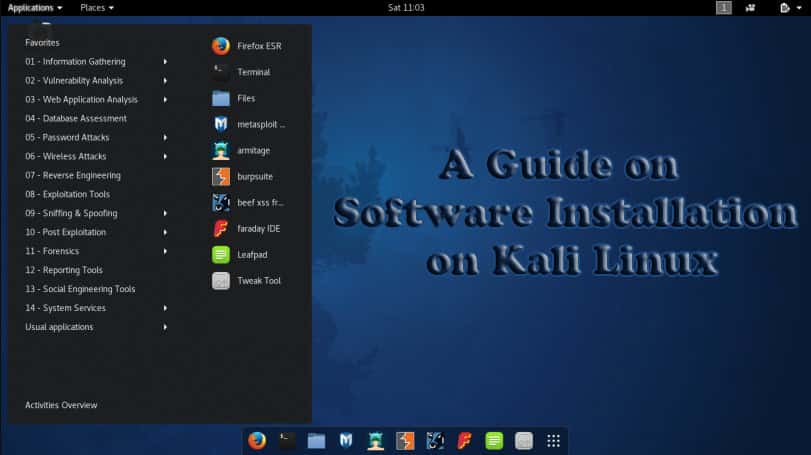 Backtrack is just like the earlier edition of another OS named Ubuntu where Kali Linux is based on the most recent version of Debian. If we look at the accession side, then Kali Linux uses Debian’s graphics installer this means that you will gain access to the features like the disk encryption and Linux Logical Volume Manager (LVM). With the features of BackTrack and installer of Ubuntu, you get nothing. It also comes with a bundle of Wifi hacking tools. Kali is considered the best distro for hacking and pentesting.

Today in this guide, we are going to discuss the methods with the help of which you can learn to manage and install applications or software on Kali Linux version 1.0. Indeed, it is for the users who are new to the Kali Linux, but not for the experienced users.

Now I am going to display a list which contains almost all the methods of installing the software in Kali Linux. The list of these methods is as follows:

Now we are going to discuss all of these methods step by step so you can understand them completely and also understand there working. 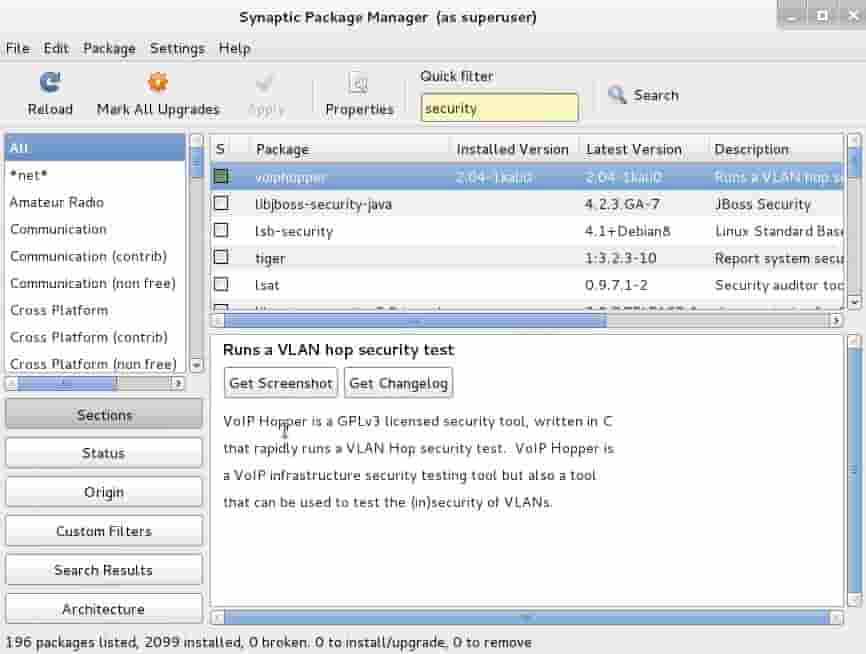 The first method in our list is the Synaptic Package Manager. This method is an APT-based graphical package management tool. This particular software manager allows you to update, install, and remove packages in a GUI user-friendly way. This manager also serves as the Graphical front-end with APT, and it keeps the software management process much easier, exclusively for the users who are not friendly with the Command-Line Interface. You can start this manager from: 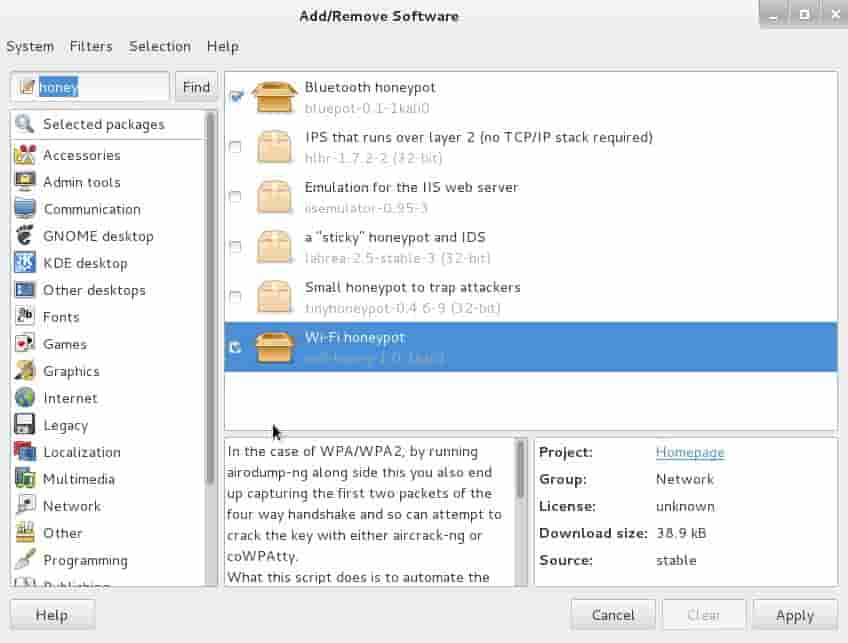 The second method in our list is GPK-Application, which is also known as Gnome PackageKit Application. This application installer is one of the Graphical Package Manager which is installed right out of the box. We have already discussed the other one in our above method. It is one of the Open-Source and a free suite of the several Software applications which you can install in your copy of Kali Linux. This package was created in 2007 by Richard Hughes.

These graphical package managers are user-friendly for all of the new users of Kali Linux. You can access this package through the following address: 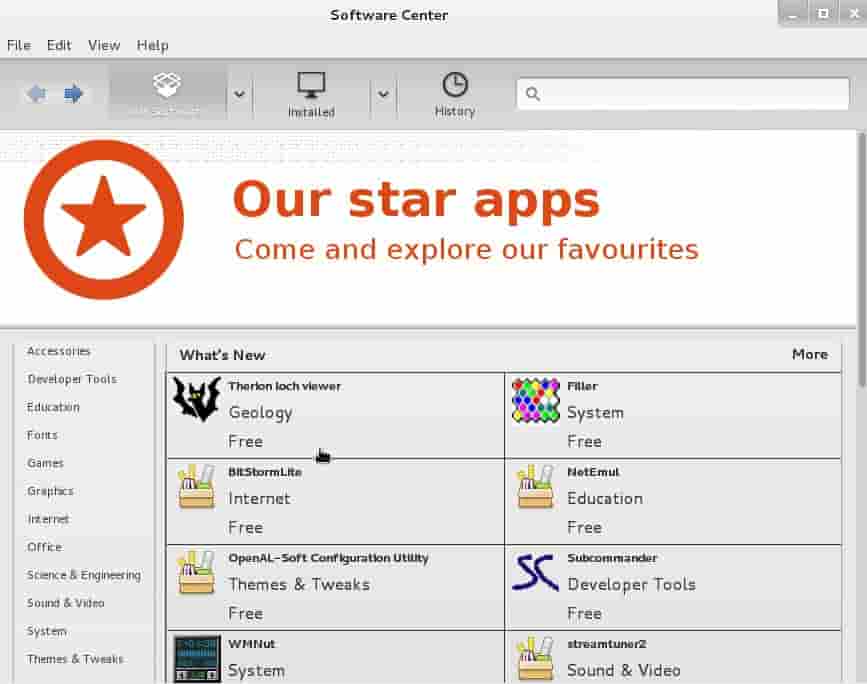 The third method in our list is known as Ubuntu Software Center (USC). USC is also a graphical package manager who is also available on Ubuntu Operating System. This software installer is not installed by default, but it is available in the repository, which you can install by typing the following command apt-get install software-center.

Installing Packages/Programs from the Terminal

As I told you earlier that Kali Linux is Debian based, managing and installing software from command-line is consummated by using command apt-get and with the help of other Debian’s advanced packaging tool (APT) components.

For example: if you want to install an application like Ubuntu’s Software Center, you would have to use the subsequent command such as apt-get install software-center. It is that much easy if you want to install any software in Kali Linux with the help of Command-Line method. You can type man apt-get with the help of which you can get more information by reading the man page.

How do you Install Packages in Kali Linux?

Now its all up to you to use any of the methods which I mentioned above. I have used all of these methods due to different reasons because there is some software which cannot be installed by a single installer.