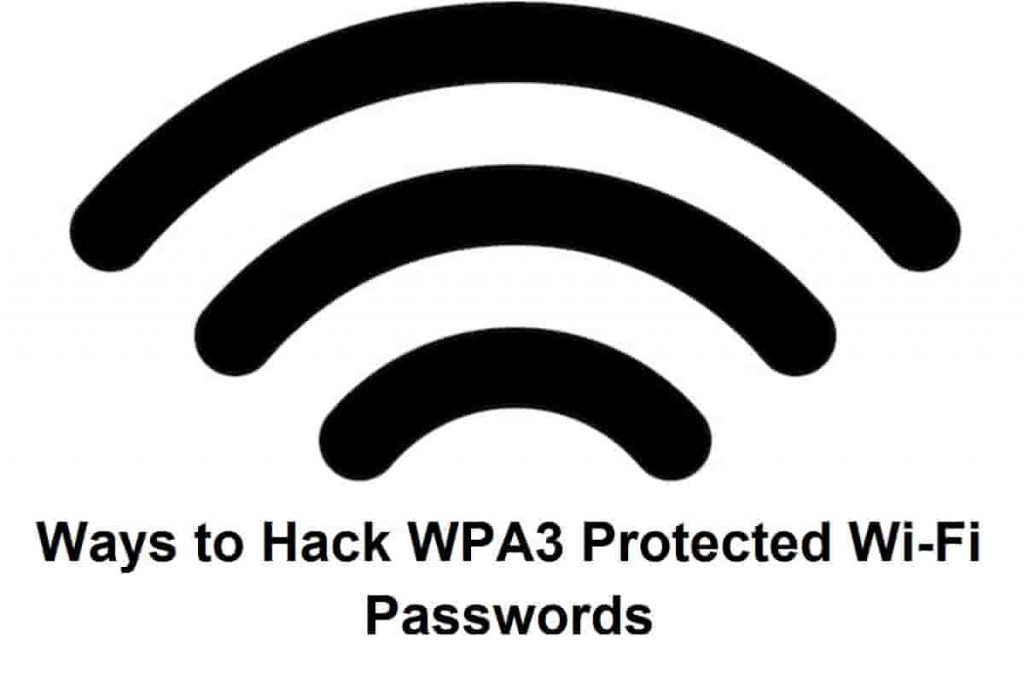 The team of cybersecurity researchers who discovered several different vulnerabilities collectively known as the dragonfly has now given 2 more flaws that allowed attackers on how to hack Wi-Fi passwords. Today we will teach you how to hack WPA3 WiFi passwords.

The Wi-Fi protected access or WPA is actually a Wi-Fi security standard that is designed to authenticate different wireless devices. It uses the AES (advanced encryption standard) protocol and prevents hackers from coming over your wireless data.

Since 3 years the Wi-Fi Protected Access 3 also known as WPA3 is launched in order to address the technical shortcomings of WPA 2. The WPA 2 has been seen as insecure and found vulnerable to even more severe Krack attacks.

WPA3 relies on SAE (simultaneous authentication of equal) that is a more secure handshake. This is also known as the dragonfly which aims to protect different Wi-Fi networks against offline dictionary attacks.

Security researchers like Mathy Vanhoef and Eyal Ronen have found several weaknesses in dragon blood, in less than a year, in the earlier implementation of WPA3. This allows the attacker to recover the password of Wi-Fi by using:

After the disclosure, Wi-Fi alliance, being a non-profit organization oversees the adoption of Wi-Fi standard releases patches to:

It is seen regarding the security recommendations that are created privately without taking advice from the researchers that they do not turn out to protect users against the dragon blood attacks but opens up two new side-channel attacks which allow the attacker to steal Wi-Fi even if the user is using the latest version of Wi-Fi protocol.

The First vulnerability which is identified as the CVE-2019-13377 is actually a time-based side-channel attack that is against the WPA3’s dragonfly handshake while using the brain pool curves; the Wi-Fi alliance recommends the vendors to use this to add another layer of security.

It is seen that while using the brain pool curves it actually introduces the second class of side-channel leaks in Dragon Fly handshake of WPA3. To put in short, if the Wi-Fi alliance is followed even then the implementations still remain at the risk of attack.

Now the new side-channel leak is actually located in the password encoding algorithm of Dragon Fly”. As said by the researchers:

“We confirmed the new Brain pool leak in practice against the latest Hostapd version, and were able to brute-force the password using the leaked information”

The second vulnerability is identified as CVE-2019-13456. It is an information leak bug that resides implementation of Extensible Authentication Protocol Password (EAP-PWD) in Free Radius. Free radius is a widely-used open source server that is utilized by the companies as a central database to authenticate the remote users

One of the researchers of Dragon Blood named as Mathy Vanhoef told that an attacker can initiate several EAP-PWD handshakes in order to leak information, this information can be used to recover the Wi-Fi password of the user by protecting both the dictionary and the brute force attacks.

The dragonfly handshake is used by the EAP-PWD internally; moreover, the protocol is used in enterprises networks where is it authenticated by the user through a username and password, as said by Mathy Vanhoef.

The researchers believe that implementing the dragonfly algorithm and Wi-Fi without the side channel leak is very hard, and countermeasures against the attacks, however, are very expensive for lightweight devices.

Moreover, the researchers shared there finding regarding the Wi-Fi alliance and tweeted the following:

“Wi-Fi standard is now being updated with proper defenses, which might lead to WPA 3.1,” but unfortunately, the new defenses wouldn’t be compatible with the initial version of WPA3.

The researcher added that it was not good that the security guidelines were created by the Wi-Fi alliance privately. He said:

“If they would have done this publicly, these new issues could have been avoided. Even the original WPA3 certification was partly made in private, which also wasn’t ideal.”

As we can say that the WPA2 has been forced to retire, WPA3 comes with best and unique improvements in terms:

The WPA3 is divided into two new security protocols:

WPA3 personal is basically for private use and WPA3 enterprise is for official use.

How to Protect your WPA3 WiFi from being Hacked

The user can protect him/her in the following way:

SEE ALSO: How to Secure your WiFi Router and Network.

In this article, we have highlighted for you regarding the WPA3 security and discussed the two new flaws that have been seen over recent times. Now you can use different ways to hack WPA3 protected Wi-Fi passwords. If you found this article helpful enough then do leave your comments in the section below.

How to Easily Make a Keyboard Macro in Windows 10 (Guide)

What Actually Happens When System Restore Interrupts / Stucks in Windows 10

FIX: Torrent Not Seeding or Uploading in uTorrent / BitTorrent (Guide)