Are you looking for NanoCore RAT Download? Well, stop your search this page gives you the latest version of NanoCore RAT 2020 from Github/Alcatraz.

RAT that is abbreviated as remote access Trojan are programs that provide the user with the power and ability to gain unauthorized access to the victim’s computer system. They can mimic the similar behaviors of keylogger apps by allowing the automated collection of usernames, keystrokes, screenshots, passwords, browser history, chats, emails, and much more.

The remote access Trojan differs from keyloggers in a way that they provide with the capability and ability for the attacker to gain unauthorized remote access towards the victim’s machine through specially configured communication protocols that are set up upon initial infection of the victim’s computer system.

Such as backdoor towards the victim’s machine provides unfettered access to the attacker in which he can monitor the behavior of the user, change computer settings, can browser and copy file, able to utilize the bandwidth that is the internet connection for criminal activities that are possible, access the connected system and much more.

Nano core is seen as one of the most potent remote access Trojan. It carries the ability to take access to the victim’s computer system entirely by all means. It provides the user with the ability to control the Graphical User Interface (GUI).

It comes with the best features that allow the user to access a remote computer system as an administrator. The Nano core RAT latest version 1.2.2.0 comes in free and is available for download. The developer of NanoCore was arrested by the FBI and was pleased to be guilty in 2017 for developing such a malicious privacy threat. He was sentenced to prison for almost 33 months.

We do not know the full history of remote access Trojan as it was unknown to us. The thing we are sure about is that RATs have been in use for several years. They are used to help attackers to establish a foothold onto the victim’s computer system. Long established and well known Remote access Trojans usually include:

The programs mentioned above are being used since that late 1990s and are still being used to this day today.

As these were becoming successful with every day that was passing, this led to the formation of different apps being produced in the subsequent decades. The security companies became aware of all the tactics that were being used by the remote access Trojan. Therefore, malware authors are continuously evolving their products to try with and thwart the new detection mechanisms.

How NanoCore RAT Infects Its Victim 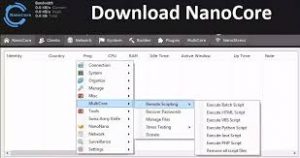 The remote access Trojan can be installed through several methods and techniques and will be similar to other malware infection vectors. The crafted email attachments, download packages, web-links, and torrent files can be used as a mechanism for the installation of the software through social engineering tactics or can be even done through temporary physical access to the desired computer system.

There are vast numbers of remote access Trojans out there. Few are more well-known than the others. Some of the most established and well-known RATs are; Subseven, Back Orifice, ProRat, Turkojan, and Poison-Ivy. Others include CyberGate, DarkComet-RAT, Optix, Shark, and VorteX Rat. These come with a small distribution and utilization. This is only just a small list of the remote access Trojan, whereas if we see the entire file, then it is quite extensive and would likely grow continually. 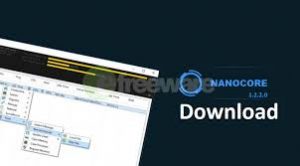 The Nano Care Remote Access Trojan that is considered to be one of the best comes along with the following best features:

Note: We do not host the actual RAT tool. You are responsible for any action/damage you make by using this software. Only use on authorized systems.

This page provides you with the NanoCore RAT Download in the latest version. This is one of the most controversial and infamous remote administration tools on the web. This is the newest version of NanoCore, which can also be found on Github. According to some sources, a person with the alias Alcatraz is maintaining it. It is also considered a keylogger software for monitoring a PC.