Afraid that someone sees you while you are in the changing room, hotel, offices, and other places outside your home? If you are eager to know either someone is watching your using hidden cameras or hidden CCTV, then all you need to do is use the 10 best hidden camera detector apps for Android and iOS (iPhone) in 2020 to find out! These are all free to download and have been tested by us.

We are going to provide for you the best popular and working hidden camera detector applications for both ios and android smartphone device. All the apps can be installed very easily on smartphone devices and can detect the easily hidden camera and many other electronic devices there around you. Such apps are essential for security reasons so that you are never filmed out in public places.

The Importance of Detecting Hidden Cameras

These applications are formed for security reasons. With this, users can detect the hidden camera easily in public and private places. Though cameras are developed with the purpose of providing security today, they are being used for other reasons as well.

They are being used to film someone privately in hotels, washrooms, changing rooms, and other places. Like these people are blackmailed later for no apparent reasons. Follow through the guide to get to know about the best popular hidden camera detector applications for both iOS and Android.

Many parents want to keep their kids safe, and this is undoubtedly another way they can keep their children safer. A guy recently pleaded guilty to a hidden camera case in Kelowna.

The first one to make it to the list is Radarbot. This is a speed cam detector application that was developed by Iteration mobile for both ios and android users out there. To track the camera option is uses your GPS location. Radarbot is indeed a compelling app that allows you to the fixed speed camera, ANPR cameras, traffic light camera, potential mobile as well as some other cameras.

As this app integrated with the GPS navigation; thus, you can also use fake GPS applications to change your current location. The best part is that it comes in free along with a purchase option. 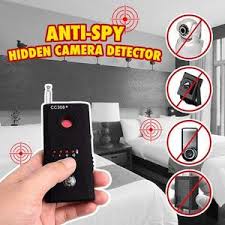 This application is for the ios users out there. With this, they are able to detect hidden cameras from their ios devices. For better use of the app, you need to purchase it as it is a paid application. To identify the spy cameras around you, it works with EMF and magnetic scanner features.

The app is much more comfortable in use as you only need to scan the room at first without your phone, and once you see something is suspicious, then point the camera towards such an object. Your smartphone device then shall blink automatically, and the app shall turn on and off with the flashlight automatically.

SEE ALSO: How to Use Somone Else WhatsApp Account in your Phone.

Another one to make it to the list is Detectify. It is there for Android users. It is indeed prevalent among its users. This can also be used as a CCTV finder application that helps the users to find the hidden camera near them.

This is a high technology that helps the users to find the hidden cameras that are recording their hidden activities. It comes in free and much easy to use. It also works with two different options to find the cameras that are hidden. Use any on for free on your android smartphone device.

This is yet a paid anti-spy system that is used to detect hidden cameras as well as snooping. This is the best security application for the ios users as it provides security from the ios device. With the help of this, the device can be secured easily. Moreover, it also helps you know who is using or trying to unlock your smartphone device. Without any doubt, this is the best ios application that is used to secure your photos, videos, files, data, and other essential things found on this device.

This is yet another hidden camera detector and cam finder application. It is for the android users out there. A fantastic app which helps you to detect hidden cameras around you and then notifies you about them. Use this to protect and secure yourself and your families from secret privacy camera.

The app comes with an excellent user interface and is easy to use. It works with the magnetic field option so that users can also use it as a stud finder application to find studs and cameras near them.

This is a spy device detector application for the Apple users out there. With this, the user can detect hidden cameras. It is a handy spy bug detector as well. Don’t Spy is a common application that is used to transfer ios device towards a detector of hidden electronic devices so users can find smartphone devices, microphones, hidden cameras as well as spy bugs. It is a paid application, therefore to use its services, you have to pay for all the charges.

Moreover, it also provides users with the ability to see for the evil and good ghosts around them. The app carries different features, but the best feature is that it allows users to watch frightening and amazing things from their ios camera apps. It can also be used as a paranormal application to detect paranormal activities.

This is a spy device detector application for the android devices out there. It allows users to find about the hidden cameras. It is swift in its function and easy to use. With this, users can detect around them the hidden cameras as well the microphone applications. With the latest technology and smart applications, now you cannot be spied upon by anyone.

Say no to those days, no more uncomfortable situations, no need to feel worried when you are in the hotel, changing rooms, and others place away from your home. This is also known as the EMF detector and finder, spy microphone detector, and stud finder applications.

How to Scan for Hidden Cameras

Follow the steps below to find out if there are any actual hidden CCTV or cameras around you or behind a mirror:

Have you detected any Hidden Cameras yet?

Hidden Cameras are becoming a serious concern as there have been various cases of privacy violations. Many hotels and shopping centers, such as changing rooms, have such CCTV which record without consent. This is why we have handpicked a collection of the 10 best hidden camera detector apps for Android and iOS in 2020 for you. Always check the place you are staying at with the apps to be safe.

Do let us know in the comments section if you have any alternative apps for detecting hidden cameras or CCTV in any public places.