Secured You
Home How to Top 7 Best Command Line Tools To Check CPU Usage in Linux... 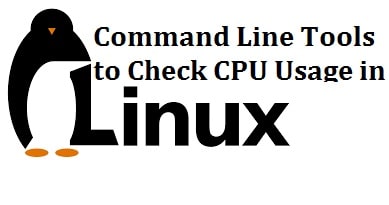 CPU performance is seemed to be one of the core aspects if you want to measure the performance of your Linux server. Monitoring CPU performance usage is significant to debug the processes within any system, manage system resources, making decisions for the system as well as evaluating and examining the orders in real-time.

Today we will share 7 best Command Line Tools for checking CPU usage in Linux with which you can also monitor and display the performance of CPU plus keep in mind that such kinds of tools depend upon the system calls that are built into the OS with the purpose to extract the readings of the various processes and programs that may be running in the background including Apache, MySQL, and any other services.

Follow through the guide to know about the best CPU usage monitoring tools and their uses in any Linux based distros.

iostat – Make this tool your friend

The device utilization, network file utilization, and the iostat command list CPU utilization. The utility is used to display the system’s average usage made by the CPU since its last reboot. If you run the following command, then it shows all the three reports without any options 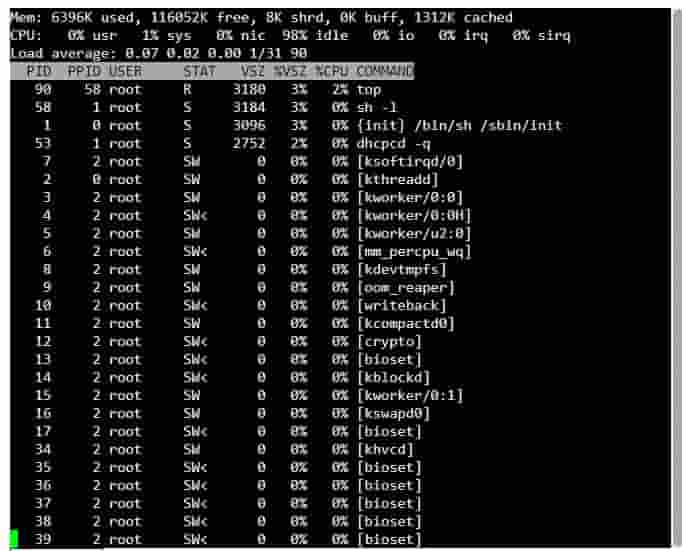 Some useful tips for using the top command:

The mpstat with the option –p and “ALL” shall list all the statistics regarding the CPUs one by one beginning from 0.

SEE ALSO: How to Ping an IPv6 Address from Linux Terminal.

This command is used to display the statistics regarding the systems processes, memory, I/O, swap as well as the performance of the CPU. All the statistics are generated by using the data from the previous time the command was run to the present. In case the command has never been run, then the data shall be lost from the last reboot towards the current time.

On various CPU systems, the vmstat averages the number of CPUs into the output. This command can update all its outputs just like the top command and can be executed as shown below. The following command is used to update its report after every 5 seconds unless and until there is an interrupt.

The following command is used to display the data that shall refresh after every 5 seconds, and the values shall be re-measured and reported after every 1 second.

Now the first line report is going to have the average costs since the last time the computer got rebooted. The other lines shall display their respective current values. Keep in mind that the Vmstat command can run as a regular user.

This is computer performance monitoring software that was designed especially for the 64-bits processors w/ architecture Intel Atom, Core2, Nehalem, SandyBridge, and superior, AMD Family. This is used to provide a framework to retrieve CPU data with a high degree of precision. Now CoreFreq is made up of 3 parts:

Kernel module, this shall have full access to the host. It has the responsibility to collect the low-level data. The data is then received by the Userland daemon. This needs to run as root. And then finally, CoreFreq carries a terminal interface to report the data in a format that can be read by humans. The CLI tools are just like any ordinary processor and might be used by the end-user.

SEE ALSO: How to Secure and Harden your Linux Server Security.

Sar is seemed to be a performance monitoring tool that is used to collect, review as well as record the performance data and can also list what the system is doing at the entire time.

This command is also used to generate the report and then email it to the admin of the system. The statistics that are reported by the Sar usually include I/O transfer rates, process-related activities, paging activity, interrupts, network activity, memory and swap space utilization, kernel activities, CPU utilization, and TTY statistics among others. You can run the Sat command without any option and then check the output yourself.

Display CPU statistics three times with 2-second intervals (this can be changed as per your custom):

The following command is used to display cumulative real-time usage of the CPU for every 2 seconds for a total of 3 times.

The -P option is used to display the stats for ALL the individual cores. If your system carries four cores, then the CPU column shall bear the number 0, 1, 2, 3 indicating the core numbers of the corresponding CPU. The 2 and 3 options are used to display statistic for every 3 seconds in 3 times

This is a processor viewer as well as a text-mode app for system monitoring in real-time, just like the top command. Now, this can display the complete list of the processes that run and are secure in use.

This is based on courses to view the methods in a GUI like environment running within the terminal. Moreover, it is also used to display the usage per CPU along with the memory and swap usage with a vital text graph that is printed at the top. It is convenient to use and easy to understand. Once you begin using this, you may never return to the TOP command.

SEE ALSO: How to Install Software and Packages in Kali Linux.

How are you checking CPU Utilization In Linux?

So here, we have now discussed and talked about the 7 best CPU performance monitoring tools for finding the CPU usage. These tools come with a variety of handy options, which you will find in their man pages. A small note for you is that these tools do utilize CPU when you are running them. A good thing to keep in mind while you wonder what is using your CPU in your Linux server?

Do let us know in the comments below if you have any alternative methods of checking CPU utilization in Linux.

How to Change MAC Address on Android Mobile (No-Root Methods)