Have you got bored of seeing the old and tiring look of your Windows desktop? Well, I have a solution to solve this simple problem of yours. I searched a lot over this problem and found the Top 10 Best Windows 7 Themes 2019/2020 which are exclusively for you with free download links.

In the past few years, Windows 7 has been used a lot because of its beautiful graphics, and it had a lot more functions than the previous version of Windows. Windows 7 also became famous because of its all-new graphical face or appearance. There was all new buttons and windows dialog box. Plus a new color scheme was introduced in this version of windows.

This particular version of Windows came up with the new tools and specifications for hardware. As this version of windows was developed for the modern PC’s so it also consisted of a concept on x64 based processors which wasn’t available in the early release of Windows.

The theme is a package of presets which contains different graphical appearances and details. A Windows theme or Windows Skins consists of different shapes and colors for controlling the various graphical elements. In other words, it is just like decorating or customizing Windows. Themes are used to modify the look and appearance of your window into

In this version of Windows different sites and Windows, creators made different themes. Some of these Themes are available over the internet for free. These themes were also available in the Windows store, but as Microsoft launched the newer version of windows so there are fewer chances that there will be any more themes for Windows 7.

Now I am going to display a list with the Top 10 Best Windows Themes which I found over the internet. These themes are created or developed by different Windows 7 users. I find these themes beautiful and refreshing because of the color schemes, background images, and all new windows dialog boxes. The list of these Themes are as follows:

This was the whole list of the Windows 7 themes which I found the best. Now I am going to explain these themes one by one briefly. 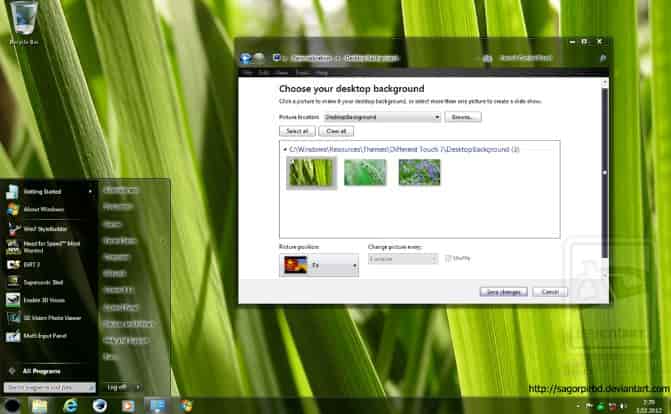 The first theme in our list for Windows 7 is Different Touch 7. This theme is famous because it is available for both x32 and x64 based processor Operating Systems. This theme consists of a beautiful green colored background image. The windows dialog box and taskbar has a glassy look which makes it look astonishing. This theme is perfect for users who want to make their Computer System look simple and beautiful. 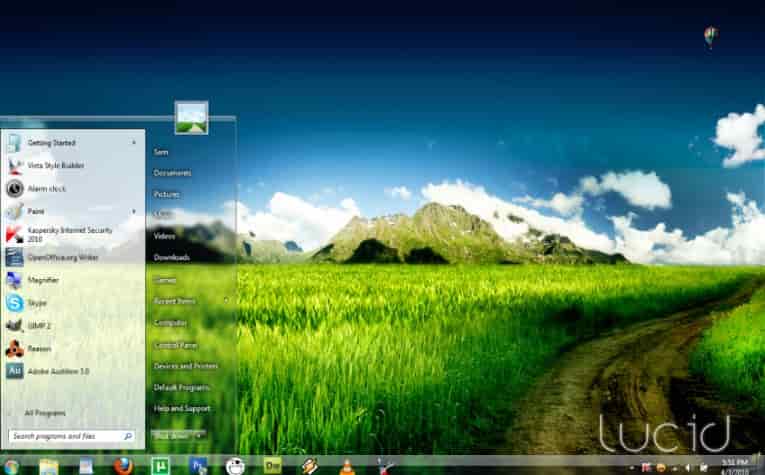 The second theme in our list for Windows 7 is Lucid Glass Theme. It is a wonderful theme with stunning sceneries as background images. This theme consists of a straightforward glass start button, menu, and taskbar, which makes it a gorgeous then other themes available over the internet. It is a central theme with a beautiful and with a glass finish. That’s why it is called Lucid Glass Theme.

SEE ALSO: How to Hack ISP and Get Free Internet Access via PPPoE/PPoE Freenet. 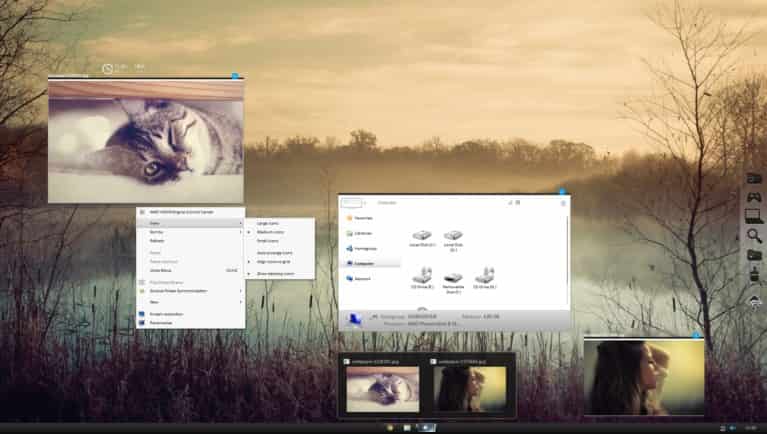 The third theme in our list of Windows 7 themes is I Love Blue Visual Style. This Windows 7 theme has many features which make it different from all the other Themes over the Internet. This theme is also known as the extraordinary shell theme available. It consists of very cool buttons, limited pointer shell, and a very decent taskbar like Apple OS. This theme is enlisted in the freshest Windows 7 themes which are available in the present time. 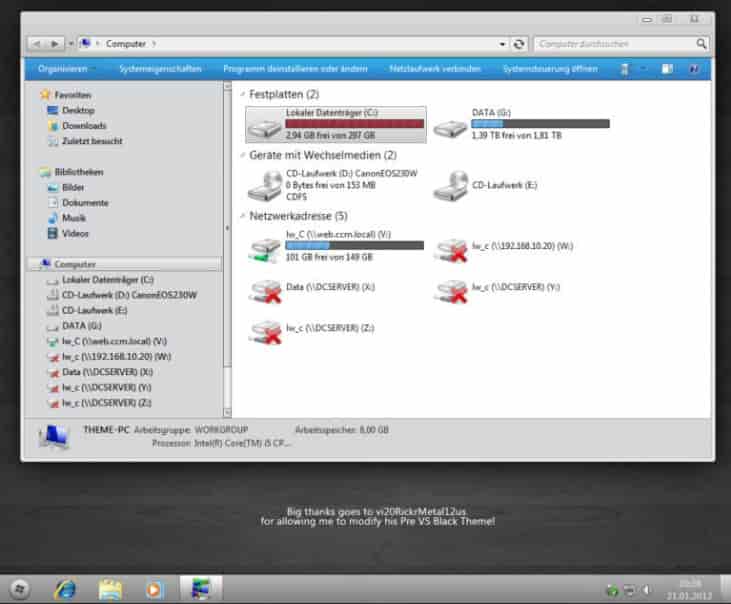 The fourth theme in our list of Windows 7 themes is PreSilver Theme. PreSilver is a very brilliant and spotless subject which consists of a very decent interface. The taskbar and the start button is like wholly made of silver. The background is also silver colored due to which eyes don’t get tired fast if you want to make your Windows desktop look clean so I would like to recommend this theme for you.

The fifth theme in our list of Windows 7 themes is Snow Leopard. This theme is stylish because of its purple colored background image. The thing which makes this theme look cool is the Aero Mac look, which is for Apple PC only. This pack consists of very awesome icons and a whole new scrolling menu on the desktop screen. This theme is available for both 32-bit and 64-bit system. It is my personal best theme, which I used for many years because of its appearance. 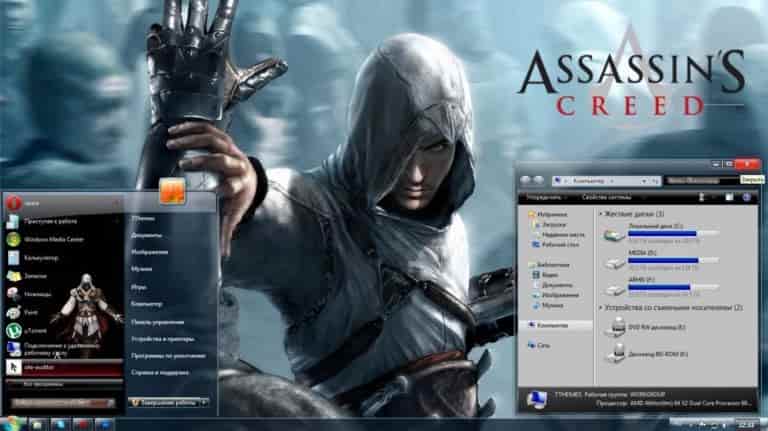 The sixth theme in our list of Windows 7 themes is Assassin’s Creed. As we all know that Assassin’s Creed is a famous action game developed by Ubisoft, so this theme is specifically designed and developed for Assassin’s Creed fans. It consists of the game’s images as the background images. It also includes the sounds, Icons, and start menu from Assassin’s Creeds. I would recommend you to install it if you have played this game. If you haven’t heard about it, then play this game. You will end up in installing this theme.

SEE ALSO: How to Find Saved WiFi Passwords on Windows 10/8/7. 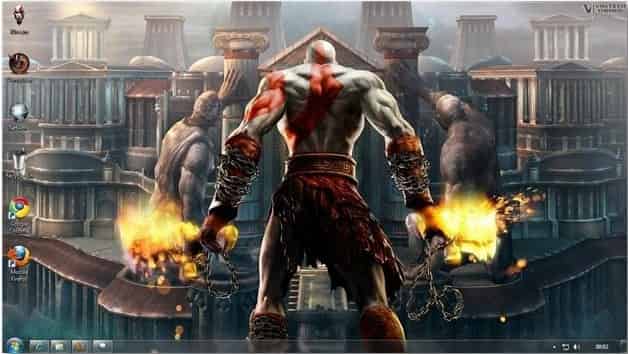 The seventh theme in our list of Windows 7 themes is God of War III. God of War is also an action game which is based on fiction. So this theme is for the players of God of War. This theme consists of the images of the game as the background images. It also includes icons and sounds from the set, which makes it a very cool theme. I didn’t play God of War, but still, this theme is cool. 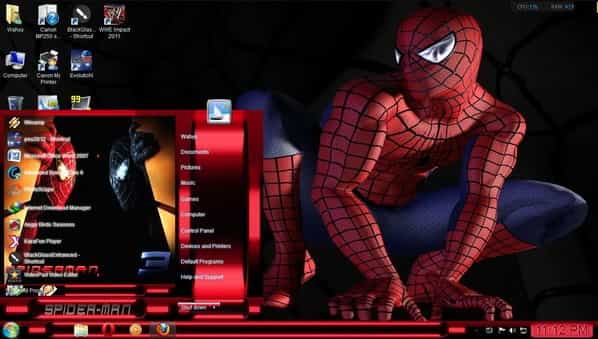 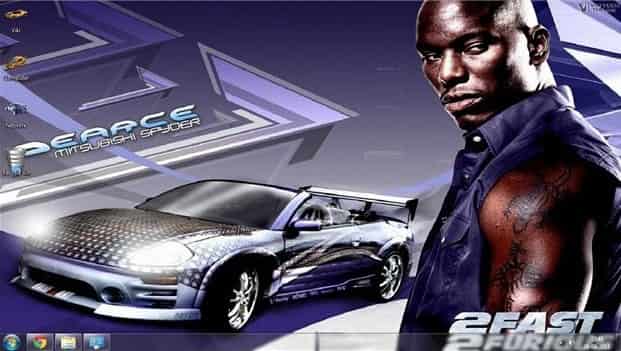 The ninth theme in our list of Windows 7 themes is Fast & Furious. This theme is based upon the movie series by universal pictures named Fast & Furious. This movie is famous because of all new cars, racing, and action. You heard me right vehicles. So this means that this theme also consists of the coolest wallpapers of vehicles along with each character who drove them in the movie. This theme also consists of fresh car sounds and car icons. This theme is my personal best because I am a massive fan of this movie. 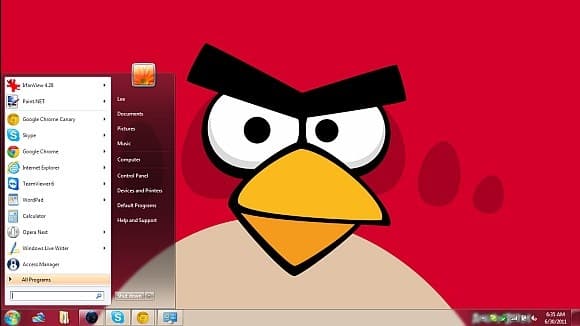 The last theme in our list of Windows 7 themes is Angry Birds. As we all know that Angry Birds is also a game which was released for Android Mobiles. This game became popular in the past year due to which there are many players in this game. That’s why I came up with this theme for the players of this game. This theme consists of the images from the game which are available at the desktop wallpaper. It also includes the sounds of the bird while they are thrown from the hoop.

SEE ALSO: How to Download Torrents with IDM Downloader.

Are you lovers of high performance cars like Ferrari? If yes, then you will love this Ferrari theme for Windows 7 which comes with 10 HD wallpapers, Icons and folder styles to choose from. It includes their top cars such as Ferrari 458, Ferrari F12 and Ferrari California. It doesn’t just stop there they further added red gradients and colors in the menus to make you feel like your actually sitting in a car while using your desktop.

Let me know below if you like this new Ferrari theme for Windows 7, personally I think the red is a bit too bright but they can be adjusted.

Fan of Tony Stark movies such as Iron Man? Here is a great HD Jarvis theme which will make your desktop futuristic. It comes with various boot animations and allows you to install the assistant because it has integration support.

The best part is that it comes with a screensaver. There are various Iron Man wallpapers influenced by Jarvis. The only thing that really are missing are commands that you can say including “Any new email today? What’s the weather? These are examples but fairly possible.

Today’s article was on 10 Best Windows 7 Themes of 2019/2020 to free download. In this article, we discussed the themes which you can use to change the look or appearance of your windows according to your taste. The first thing we discussed was about Windows 7 and its themes. Some of the skins listed above are HD themes for Windows 7.

After that, I displayed a list of 10 themes which I find pretty cool and excellent for you. Then we discussed all of the themes which I mentioned in the list and told you about their specifications. I searched a lot on the themes available for Windows 7, and I found these best of all. You can install any theme you like according to your taste.

Facebook Instagram Pinterest Twitter
© 2020 SecuredYou.com - All rights reserved. All Logos and Trademarks are property of their respective owners.
We use cookies to ensure that we give you the best experience on our website and show you relevant ads. If you continue to use this site we will assume that you are happy with it and agree to our privacy policy.I agree